2018 “Walking in Their Footsteps” presented by Chris Haugh 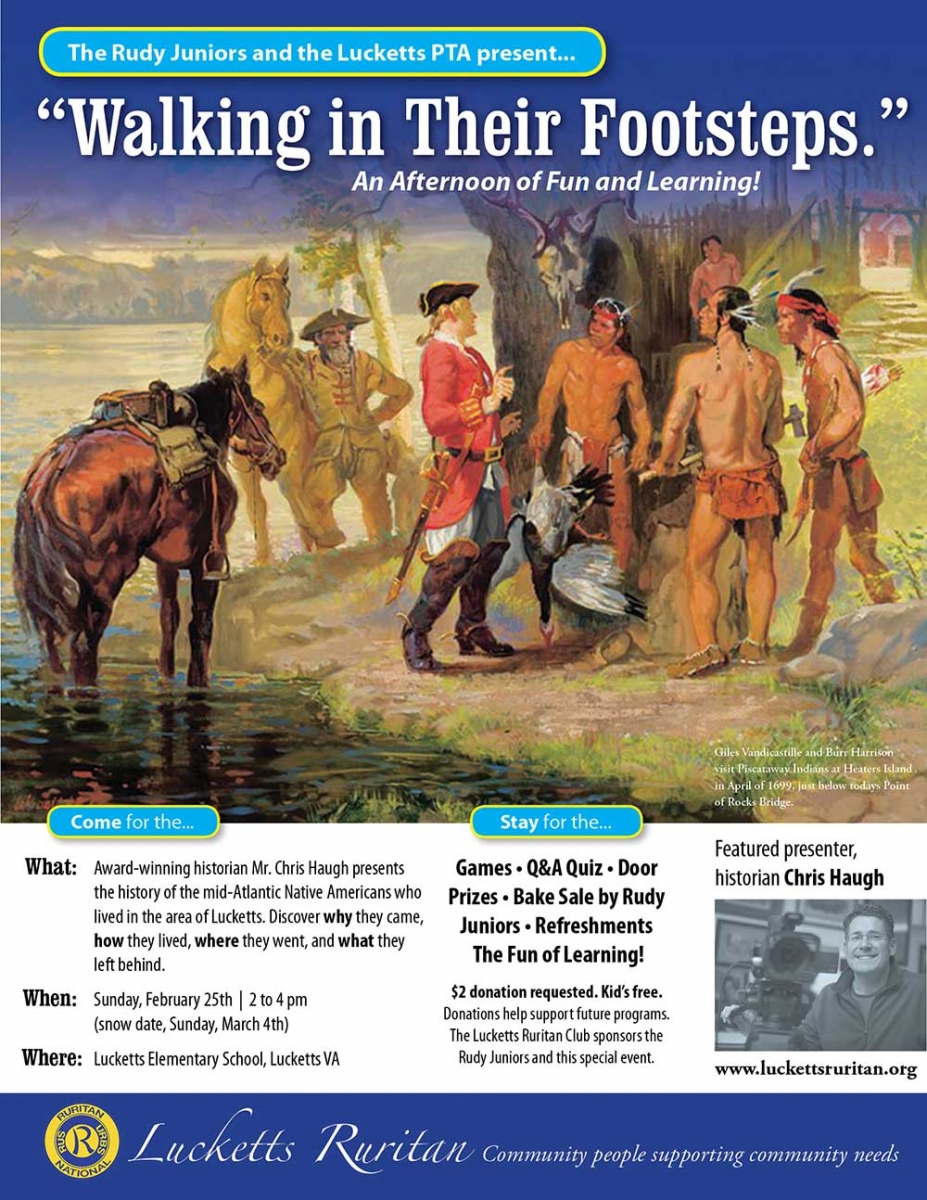 Held in the Lucketts Elementary School cafeteria on Sunday February 25, 2018, the Lucketts Ruritan Club sponsored “Walking in Their Footsteps” – an afternoon of fun and learning about the Native American people that populated our region. Presenter and historian Mr. Chris Haugh lead his full-house, captive audience through the millennium on a two part journey. In part one he discussed the three most influential factors of land, rock and people. In part two Mr. Haugh narrowed the discussion to the tribes of Native Americans that interacted with one another and with the colonists and how they appeared and ultimately disappeared from our region. On hand was an exhibit of locally found projectile points that guests could see as the evidence of the presence of these people.

The Ruritan Club sponsored this fascinating event with the Lucketts Elementary School PTA and the Rudy Junior Youth Club providing support. A $2 donation was requested of guests and for their donation they were entered in the door prize raffle. Donated items were tastings from Fabbioli Cellars, Barnhouse Brewery, Lost Creek Winery, Hiddenbrook Winery and Blue Ridge Grill. Children from second to sixth grade participated in a quiz game, with 7 out of ten correct answers they would win a gift certificate for an ice cream at Roots 657. The two youth groups conducted a bake sale during the intermission. They will use the proceeds from the sale and door donations toward their future projects of community service.

The family fun event drew a crowd of 180 interested guests of all ages. Present also were Bill Harrison of the Loudoun Heritage Farm Museum who discussed the importance of learning about the early inhabitants of the Lucketts area. The Enos Victor Jenkins collection of spear and projectile points is at located at the Loudoun Heritage Farm Museum with a smaller collection on view at the Lucketts Community Center.