Intersection of Spinks Ferry and Rt. 15

Muriel Sarmadi, one of the owners and founders of Roots 657, became very concerned about the Spinks Ferry intersection after witnessing numerous serious accidents at the location. She approached Supervisor Higgins for a meeting tlast year and engaged a small group of Spinks Ferry residents and other Lucketts citizens in the process. Could anything improve safety at this intersection in advance of the larger Route 15 widening project?  What could the County do short term to improve safety immediately was the group’s goal.

Meetings began late last year, and continued through the spring and summer thanks to the coordination of Supervisor Higgins and his staff.  VDOT and County staff worked together with this group to consider three options.  The first option was installing a turn lane so cars traveling south on Route 15 would have a place to move out of the flow of traffic when turning onto Spinks Ferry Road. Since the County has already proposed a realignment of Spinks Ferry Road and New Valley Church Road with a roundabout as part of the larger Route 15 project, the turn lane option would be a short-term solution.  For this reason, two additional options were recommended.  The first would be to install a roundabout at the intersection; the second would be to install a roundabout plus re-alignment of New Valley Church Road.

The County engaged Kimley-Horn to look at the time and cost associated with each of the three options and presented the resulting data to the public at the Lucketts Community Center on Wednesday, September 25th.  Attendees, by show of hands demonstrated more support for either roundabout option than for the simple turn lane. Supervisor Higgins shared at the end of the meeting that he would be seeking support for funding this accelerated work from the Board of Supervisors in October.  Keeping the project with the County rather than funding it through VDOT allows the County to move faster by utilizing a design-build award.  In addition, Supervisor Higgins’ office is planning a larger communication with the community to keep citizens informed of the progress of this project. 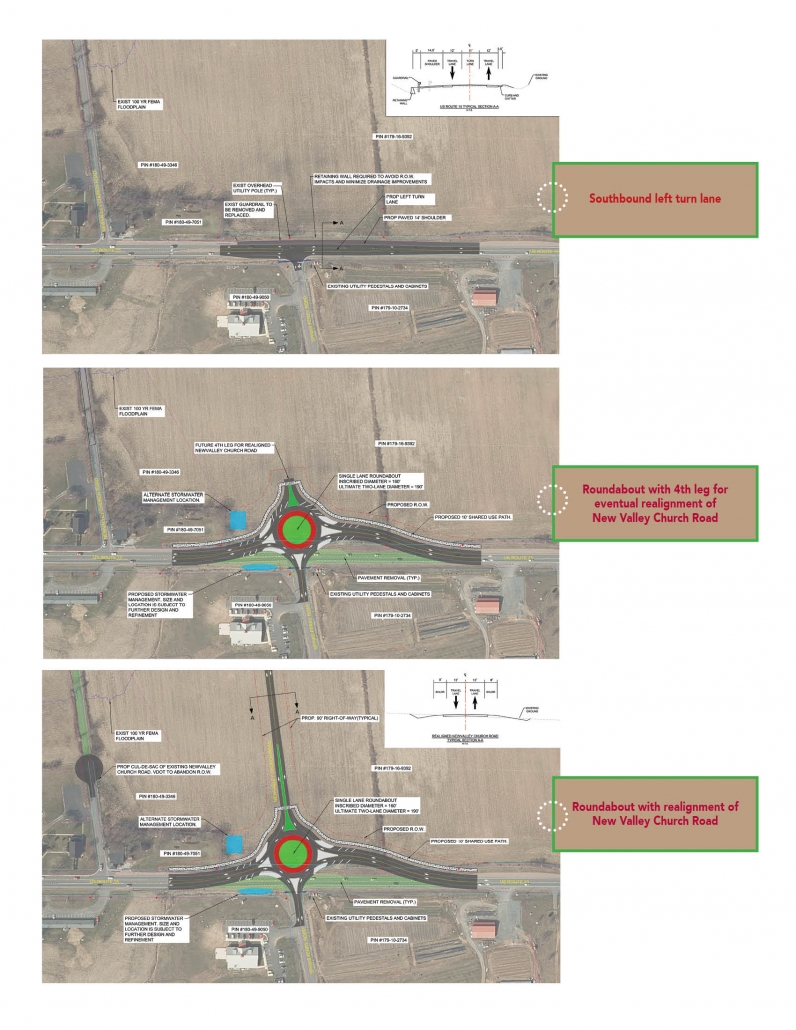