The Lucketts Ruritan Club awarded $2,500 to Sofia Hardesty toward her studies at the University of Virginia (UVA), where she will major in biology with a minor in Spanish. Sofia graduated from Tuscarora High School with a GPA of 4.64, excelling in AP classes for English Language and Composition, English Literature and Composition, Environmental Science, and Psychology. Her passion for learning and community service was apparent in her transcript and throughout our conversation. In addition to her scholastic achievements, which landed her on the all “A” honor roll, she received the AP Scholar of Distinction award. She is a member of the Science and Spanish National Honor Societies and was awarded the Seal of Biliteracy. She was also an active member of Key Club and the Environmental Club.

Sofia and her family moved from Sterling to Selma and have lived there for ten years. Early on, Sofia was interested in the environment and in wildlife and recalls being extremely thrilled to move to the country. The pond on the Selma property in particular was alluring because of all the wildlife that use it. She loves watching the deer, looking for various tracks in the mud, and just being outside in general. While some young girls fill dollhouses with miniature furniture, Sofia filled hers with insect specimens housed in glass containers. For her Capstone project at Tuscarora, Sofia worked at the Leesburg Animal Park; this experience is what solidified her desire to study zoology and to become involved in hands on conservation efforts. With her Spanish skills and environmental passion, she hopes to work in South America on conservation projects.

One aspect of her community service was her participation in the Arc of Loudoun’s “Shocktober” event which provides advocacy and support for people with disabilities. She was also a member of the Peers and Students Taking Action (PASTA) club where members collaborate in chapters to create and implement projects to help kids in their community. This club is student-inspired and student-led. Being a member builds character, compassion, and promotes “giving back” to the community.

When asked what advice she would give to young people entering high school, Sofia was quick to emphasize that students should not stress about ‘resume building.’ Take the time to figure out what you like to do and where your interests lie and then pursue that path. When you do this, you will end up right where you are supposed to be, doing what you love! The resume just fills itself out after that.

Sofia’s academic success, hard work, and citizenship are solid examples of what it means to be a Lucketts Ruritan Scholarship winner. The Lucketts Ruritan Club is extremely proud to support her in this next exciting phase of her life, and we wish Sofia the best of luck in her studies. 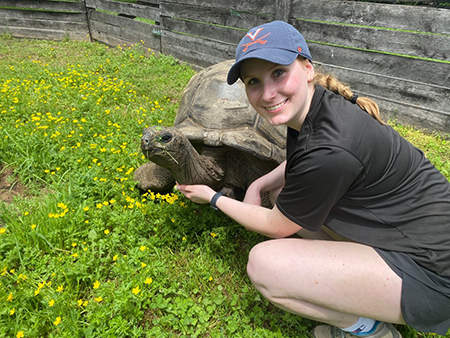 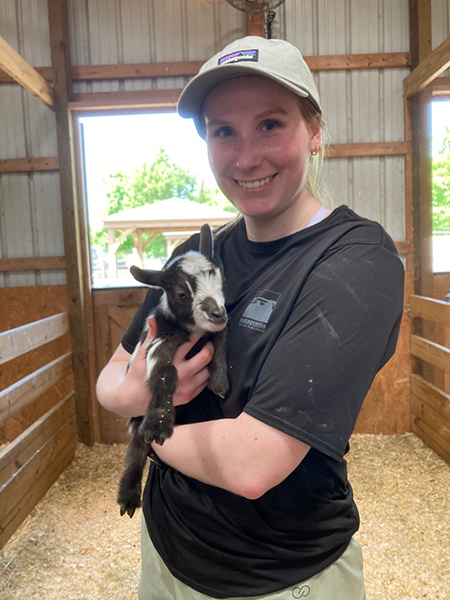